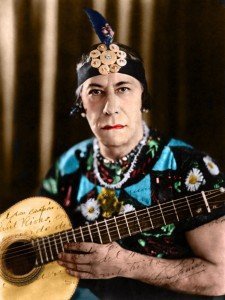 The objective of the Barrios WorldWideWeb Competition is to promote and spread awareness about the works of Paraguayan composer and guitarist Agustín Barrios.

There were many contestants among which Sanel Redzic and Tariq Harb. Tariq made it to the final and will be going to Paraguay in December to play in the final.

Here his beautiful interpretation of Barrios’ Mazurka Appasionata which brought him there.