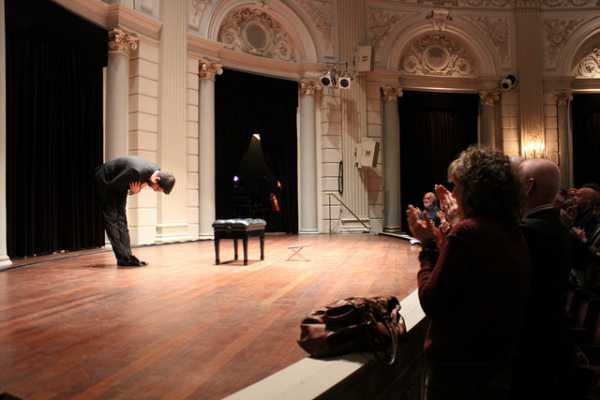 This is the Spanish guitarist Rafael Aguirre, taking applause after his debut in het Concertgebouw van Amsterdam. Rafael played a beautiful concert in a full house. Our series Meesters op de Gitaar consists of three concerts each year and is getting more and more attention. That is good news for the ones who missed the concert. Rafael can be watched and listen to via Opium op 4 and Podium Witteman. There were also pictures taken from the concert.