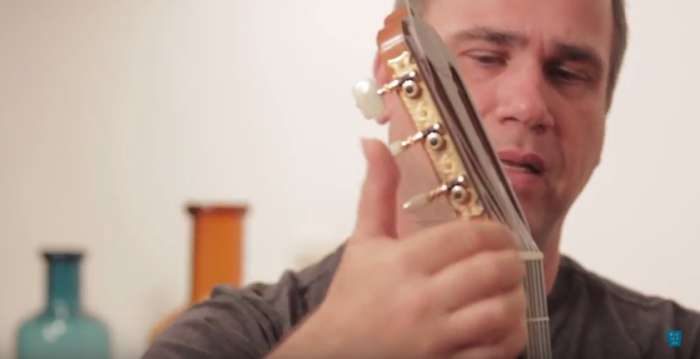 This is Nelson Faria discussing his Otto Vowinkel in Fica a Dica, (this is a tip). Nelson Faria is a great Brazilian guitarist whom I wrote about earlier.

What a pleasant surprise it was when I opened the link Swedish guitarist Kristoffer Skoog sent me. I found this episode of Fica a Dica in which Nelson talks only positive words about his 2A model, Flamenco.

Fica a dica is part of Um cafe la em casa, the internet show in which Nelson discusses and plays music with colleagues and friends. A must see for all guitarists who want to play Brazilian music.