This is Kristina Miljenovic (2006), a young guitarist from the beautiful Kotor in Montenegro. Kristina started playing the guitar at the age of seven and turned out to be very talented. She gave her first solo concert at the age of thirteen and despite her young age, the list of masterclasses she followed and festivals she attended to, seems countless. She has appeared several times on television and her biography contains more than twenty prizes, medals and certificates including prizes at international guitar festivals in Austria, Serbia, Bosnia and Herzegovina, Albania, Romania, Italy, Macedonia and Montenegro.

In the video above Kristina plays Misionera by Jorge Morel.

This Summer she went to the Summer School with the unpronouncable name PrSt in Eco zone Zlaća, in Bosnia and Herzegovina. There she followed classes with of Predrag Stanković, Boris Tešić and Sanel Redzic (photo). After that she went to the Guitar Art Summer Fest in Herceg Novi, in Montenegro where she had a masterclass with Hubert Kappel among others.

She recorded some video’s and also gave a number of concerts, including one in the former studio of the famous Bosnian artist ismet Mujezinovic, which now serves as a cultural center. In the video above, Kristina plays the soundtrack of Wild Mountain Thyme, a 2020 film directed by John Patrick Shanley.

Kristina Miljenovic and Sanel Redzic both play a Concert Model.

This is Cim Frode, a guitarist from Sweden who lives and works in Germany. Cim plays both classical and jazz and has recorded multiple solo albums, with music ranging from fingerstyle, classical, Celtic music and jazz.

The still above comes from a video from Siccas Guitars, a guitar shop in Karlsruhe, located in the south of Germany and founded by the brothers Manuel and Mirco.

Siccas Guitars is very active on social media. It has several YouTube channels, including ToneBank, with video’s in which Cim Frode playing guitars available at Siccas.

In almost every video Cim Frode plays the same, two pieces : his own Purple Ash and the third Prelude by Heitor Villa Lobos. Like this prospective buyers can easily compare the instruments, for instance my 2A, 3A and Concert Model.

These are Roberto Garcia and Pablo Gonzalez, two guitarists from Madrid, Spain. They both studied at the Madrid Conservatory and continued their studies in Maastricht, The Netherlands, with Carlo Marchione, where they obtained their Masters. During their studies they occasionally started playing together and over time they grew into a serious guitar duo. In 2017 they toured through Asia where they gave a concert in Seoul, organized by Partita, my South Korean dealer. He recorded the video below in which they perform on two of my guitars. Model 2A.

In the video they play ‘Vals’ by Radamas Gnattali, from the suite Retratos. They recorded the entire suite on SUITES, the first CD of the Madrid Guitar Duo, with music by Piazzolla, Brouwer, Kleynjans and indeed, Radamas Gnattali.

This is Arne Willems, a classical guitarist from Wuppertal, Germany. The picture above was taken back in 2017 when he visited my workshop to collect his guitar. The picture can be found on his instagram account. Every now and then, Arne drops by for lunch, combining his holidays at the Dutch coast with a social visit. Last month he sent me two YouTube videos in which he premieres the work of his friend, composer Marius Bajog. I herewith forward them. Arne plays a cedar top concert model.

This is Nina Fourie Gouws, AKA Nina_Guitar. I wrote about her earlier.
Nina is a South-African guitarist. Active as a concert player as well as a guitar lecturer at Stellenbosch Konservatorium where she teaches pre-undergraduate and undergraduate practical music studies, accompaniment, repertoire studies and teaching methodology.

Nina plays a cedar top concert guitar with, as you can see in the picture above, a beautiful back.

Nina is very active on Instagram where I found all photos in this post – taken by Marnhe Grové. Among other things, she uses Instagram to keep herself motivated and to share her ideas about practising .

Last year she challenged herself with a so-called # 100daysofpractice in which she posted a video of her progress every day. This year she is doing something similar but reduced the challenge to # 40daysofpractice. Below you can watch day 32: a short video from Asturias, recorded by candlelight due to a power outage.

Keep it up Nina, only 8 more days to go!

This is Kimiko Kawabata, a Japanese calligraphy artist, living in Leiden (the Netherlands) since 1972.

Inspired by haikus of master poet Basho describing the beauty of the area of Fukushima, Kimiko made a series of calligraphies for an exposition in Huis de Pinto in Amsterdam.

Next weekend, during the closure of the exposition a series of concerts will take place. One of the concerts will be given by Hambre y Sed the guitar ensemble of which Kimoko Kawabata is a member.

The revenues of the exposition and concerts will be handed to the victims of Fukushima by Kimiko personally. Since the region was destroyed by the earthquake, tsunami and nuclear disaster in 2011, Kimoko travels to Fukushima at least once a year,

This is a new cedar top I made for Guitar Salon International, my dealer in the USA. 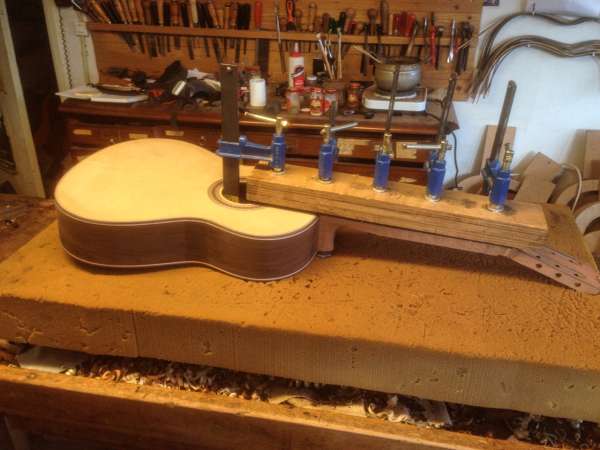 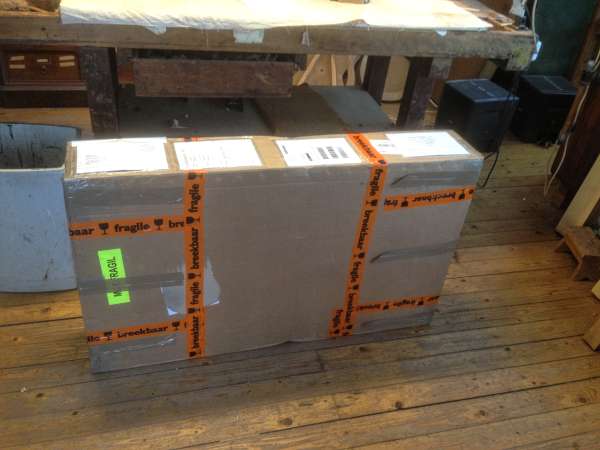 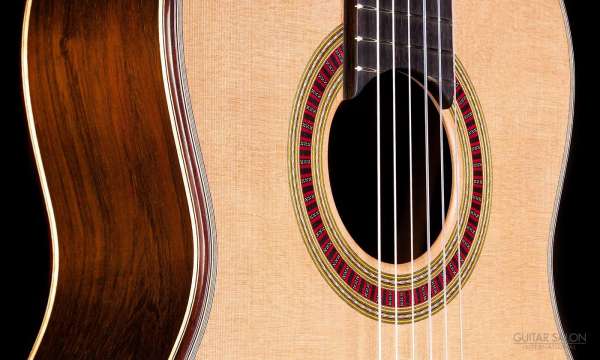 Check out their website for the beautiful pictures taken of the instrument and it’s details.

This is Sanel Redzic performing in the documentary ‘An extraordinary life’ made by the Paris Guitar Foundation. Sanel Redzic tells about the coincidence that played an important role in his life, what taking part in competitions meant for him and about his study in Weimar.

Augustin Pesnon, founder of the Paris Guitar Foundation shot the documentary himself as you can see in his vlog. 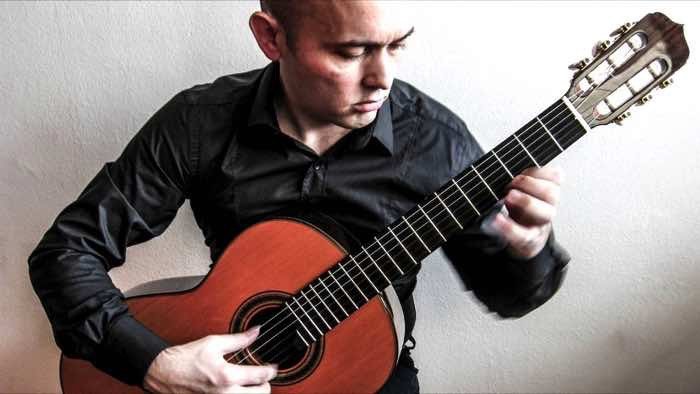 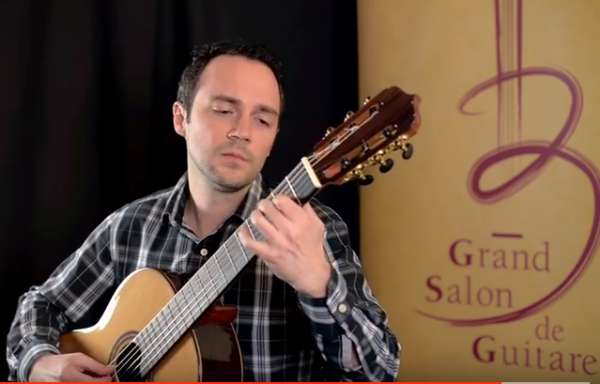 This is Drew Henderson performing Allemande BWV 996 by J.S. Bach. The Allemande consists of two parts, both repeated with ornaments. This makes four parts in one piece which in this video are used to compare four different guitars, built by four different makers.

In order of ‘appearance’ you hear instruments by Douglass Scott, Mathew Rubendall and James White. From 2:05 you can listen to a cedar top 2A guitar by me.

Listen and judge yourself. The 2A guitar from this video can be bought at the Canadian store Grand Salon the Guitare where the video was recorded. You can order a 2A guitar with one of my dealers or directly with me.