Last night I played a concert and while the Barri always sounds great for some reason, the humidity, the hall what ever, it sounded INCREDIBLE!!!! I almost started to play like Segovia used to and hold certain notes just to hear them longer, who cares about the phrase!!!!!!! I got so many great comments about the guitar! Onward we go! Thanks again for such a great instrument!

All acoustic basses sound alike which, in my experience, they usually do. Or at least they did prior to the arrival of the fifth-bass guitar designed and built by Amsterdam luthier Otto Vowinkel, husband of the performer. Tuned, as the name indicates, a fifth below a standard guitar. Steenbergen’s instrument has an unexpectedly bright and slightly metallic tone. But most of all, it has the one quality that somehow seems to have eluded the majority of acoustic basses both past and present. That quality is sustain. 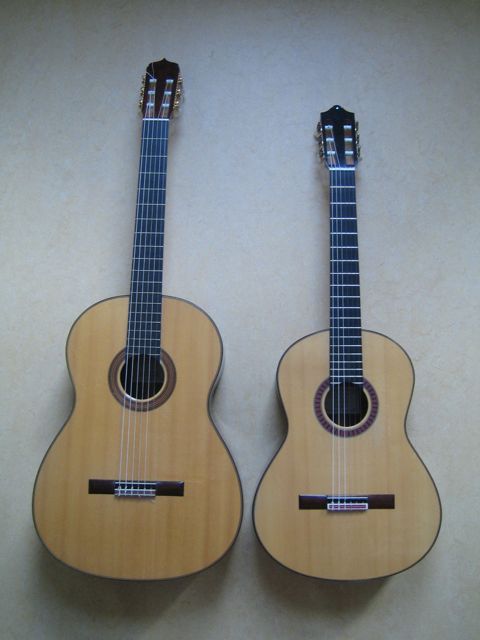