This is Kuang Junhong. He is twelve years old and dropped by with his teacher Xu Bao, head of the Guitar Department of the Sichuan Conservatory of Music in Chengdu.  They were on their way home after having visited Guitar Symposium Iserlohn. Kuang Junhong had taken part  in the competition were he became fourth. For the best interpretation of Spanish music he won the First Prize. 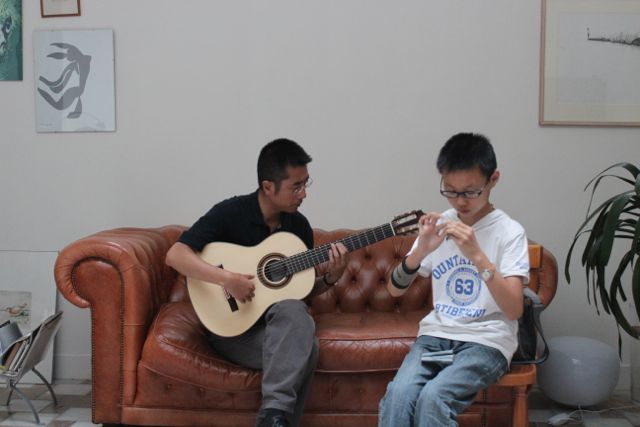